Another day, another JD project 😉 I found this game on her page, and its fun and really hard! So of course I had to do it. After my labyrinth game the other day, I understood the mechanics (and tried out my new approach; start with HTML and hooking up the buttons) and thank god for that! But but but, it was actually some difficulty in figuring out when you had completed a level (mouse had to have entered red, not exited white, and also entered blue) and when it failed. And the resetting, ohh the constant resetting, haha!

See if you can keep it straight! 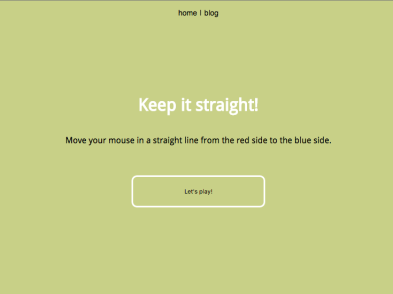 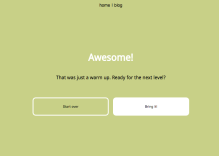